Home » Does a DUI Show On Your Background Check

Does a DUI Show On Your Background Check 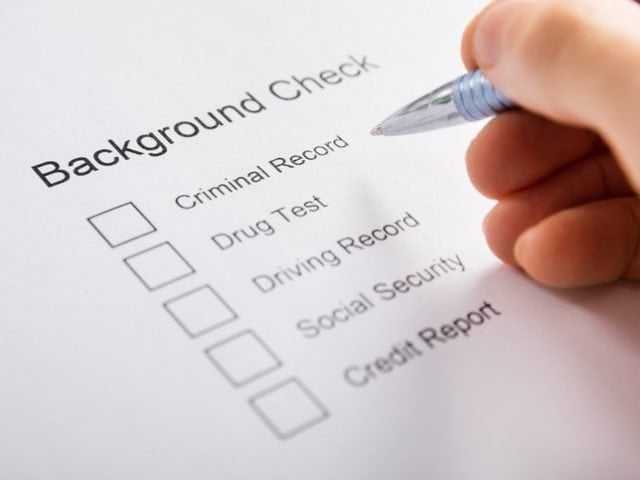 After a first DUI offense, many people have questions about background checks. Everyone knows there are direct penalties and consequences of a DUI conviction. For instance, most are aware that a DUI can result in expensive fines and a suspended license. However, not everyone considers the indirect repercussions of a DUI offense. You may not immediately think of how a DUI would stand in the way of an employment opportunity or receiving a loan. It’s important to look at a DUI conviction from every perspective. That includes if your DUI shows on your background check. In this article, we explore everything you need to know about DUIs and background checks.

A DUI Shows On Your Background Check

All states must abide by the Fair Credit Reporting Act (FCRA). The FCRA regulates employment background checks. Some may find the name a little confusing. Even though it specifically mentions “credit” in the name, it’s actually applicable to all third-party background checks, regardless if they include a credit report or not. The FCRA makes it illegal to report on criminal arrests after seven years. However, criminal convictions will stay on your record and are permitted to be reported indefinitely. That includes DUI convictions.

Does an Employer Have a Right to Deny You Work?

This is when the federal laws and state laws start to get a little complicated. Title VII of the Civil Rights Act of 1964 makes it illegal for employers to deny employment to those with convictions. However, if the employer can provide a convincing argument that hiring a person with a criminal conviction can hurt their business, they have a right to deny them employment. Deciding what can or cannot hurt someone’s business can be very subjective. In addition, when this federal Civil Rights Act collides with state laws, it can become even more complex. Most states will permit employers to deny employment to anyone with an arrest or a conviction on their record. Even if you’re in a state that enforces legal standards on providing reasons for denying work, it’s difficult to know if that’s the true reason for refusing employment. Unfortunately, you’ll never really know what happens behind closed doors after a job interview. Since your DUI shows on your background check, it will be hard to know why you’re denied work.

Your DUI Conviction is a Public Record

We’ve learned that a DUI shows on your background check. But, where else can your DUI appear? Sometimes we can become so concerned with criminal background checks that we forget that a DUI can appear in other places. Remember that record of a criminal conviction is a public record. Anyone can go to a county clerk’s office and access these records or just simply look them up online. That’s means that it’s not just employers that have access to your DUI conviction. Banks, mortgage brokers, volunteer organizations, your ex-spouse, or your next door neighbor can easily find your DUI conviction. Some might even make the mistake of mentioning their DUI on social media sites like Facebook. The point is, even if someone isn’t conducting a background check, they might still be able to find information on your DUI. Remember that the Internet is a powerful resource that can expose a lot.

Can You Seal a DUI From Your Record?

Expungement, which is sometimes called expunction, is when a criminal charge is legally sealed off or removed from an individual’s record. An arrest or conviction that has been expunged is sealed off from the public. After expunging a DUI in Rhode Island, it doesn’t need to be reported by the person who was convicted. That means that if you go into a job interview and someone asks if you’ve been convicted of a crime, you can legally say ‘no’. Employers and other entities will not be able to see your DUI on a background check.

For More Information on Your DUI and Background Checks

If you have concerns about your DUI appearing on a background check, you should speak with a DUI attorney. If your DUI shows on your background check, it can prevent you from obtaining certain goals. An experienced attorney can help you understand how to deal with the consequences of a DUI. They can also tell you if you’re eligible to have it expunged. Contact a DUI attorney today to learn more about your options.