Home » What Are the Steps to Deal with DUI Charges?

What Are the Steps to Deal with DUI Charges? 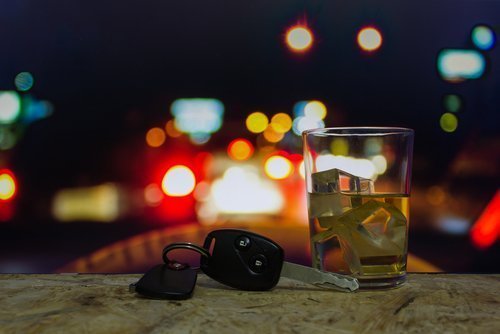 Here Are the Steps to Deal with DUI Charges

Instead of doing something hasty, irrational, and ultimately self-destructive, learn the steps to deal with DUI charges, and then follow them to the letter.

Step One – Check Your Emotions

After you are arrested and charged with a DUI, it is common to feel a wide range of strong emotions. Your brain is likely trying to contain a combination of guilt, anger, confusion, remorse, and regret all at the same time. Some people are convinced that they have been abused by the system. Others are eager to plead guilty and accept the maximum punishment. One of the most important steps to deal with DUI charges is to come to terms with your initial and irrational emotions. You only hurt your case when you make hasty and spontaneous decisions.

If you have been charged with a DUI, you have likely been asked several times to submit to a blood alcohol test. You have the right to refuse these tests if they are administered in the field. But you are legally required to submit to one once you are taken to the station for booking. Refusing to take the test will automatically subject you to a license suspension and other penalties. But taking the test gives the prosecutors a powerful piece of evidence to prove that you were impaired. The steps to deal with DUI charges that you and your attorney take will depend largely on whether you submitted to a BAC test.

One of the most important and often overlooked steps to deal with DUI charges is to carefully record your version of events. As soon as possible afterward, write down everything you can remember about the time before, during, and after the arrest. If you have any evidence of your behavior like a receipt or a video recording, be sure to preserve it. If there were any witnesses involved, get their contact information and find out what they remember. The goal is to create your narrative around the drunk driving charge so that you can counter what the police and prosecutors try to claim is true in court.

Getting accurate legal advice is essential once you reach this point on the list of steps to deal with DUI charges. However, a lot is riding on your choice of a lawyer, and you will not want to pick one without carefully considering your options. Look for one that can offer all the assistance and resources you require at a price that you can afford. Then, identify an attorney who has the experience and commitment you need to advance your interests. DUI legal services are common and widely available. But when your finance, freedoms, and future are on the line, you will only want to work with a lawyer who inspires complete confidence.

There are other steps to deal with DUI charges that you should take, but this is the single most important. If you are serious about having the charges thrown out, being found not-guilty, or at least reducing your sentence to the minimum possible, you will need to have effective legal counsel in your corner.

There are two mistakes that are common for people to make. Either they decide to represent themselves. Or they assume that a guilty verdict is guaranteed and do nothing to defend themselves. When you refer to the list of steps to deal with a DUI, you will remember that thinking clearly is a major priority. An attorney with experience fighting DUI charges can give you the kind of honest, objective perspective you need.

A good lawyer can also lay out steps to deal with DUI charges that are tailored to the specifics of your charges. It is possible to mount an effective DUI defense no matter what the circumstances of the charge involve. But first, a lawyer will need to examine the evidence, analyze the charge, study case law, and rely on his knowledge of judges and prosecutors to identify the best course of action. A perfect outcome is never guaranteed. But when you follow the steps to deal with DUI charges that your lawyer has recommended, you can feel confident you’re doing everything possible to safeguard your future.

If you are ready to start the steps to deal with DUI charges, why not get some free advice early in the process with a DUI attorney with 27 plus years experience. Schedule a free consultation with Defense DUI Attorney S. Joshua Macktaz, Esq. by calling (401) 861-1155 at your convenience.