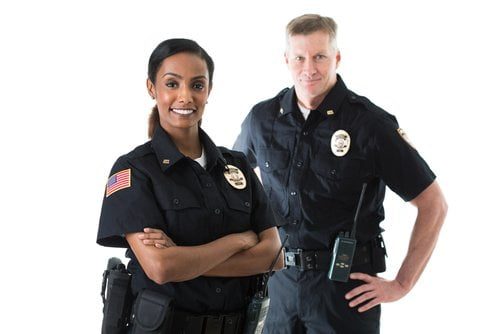 We have all heard the stories about police quotas and the need to meet numbers. There are plenty of people who will tell you that there are more tickets at the end of the month, because of police quotas. But, there is also a lot of talk that these are only rumors. That there is no such thing as police quotas, the officers are just doing their jobs. While it is easy to think that there wouldn’t be a requirement to fill certain obligations, we don’t live in an idealistic world. And in the world we live in, it seems like a possibility. But, that doesn’t make it fact. The question is: are they a fact or a myth? There are plenty of people who say that someone told them one thing or they heard another. But, police quotas aren’t that simple. Read more about it here.

Police quotas are numbers of tickets and arrests that an officer is required to make. If they do not meet these numbers, there will be consequences. Some say that this can be something formal like a write-up, others say that it might be something like corporal punishment off the record. Regardless of whether you think they are necessary, it does make you think for a moment. After all, if they aren’t real then where did the rumors come from? And if they are real, how are they calculated? Why would they be in place if they will skew objectivity? It is a common belief that this is just an urban myth, that there is no factual basis for these ideas.  But, the rumors have to start somewhere. This makes people believe that if they are not true now, they were once. And while they are not current policy, that doesn’t mean that they never were. Also, it is possible that they aren’t an actual policy; but they are an understood rule.

The fact, as it is stated, is that there is no quota. There is no requirement for officers to make a number of arrests or issue a number of tickets. There have been official statements issued stating that there is no police quota, as they would promote needless arrests and tickets. It is the official stance of most police departments that police quotas do not exist, and if they find out about them, they are done away with. This usually means that they reprimand the officers involved in perpetuating such a standard. While this might not put a stop to all of them, everywhere; it is a start. And it is the best that can be done right now. The police quotas are shot down as quickly as they are said to be a requirement. However, someone has to report it before that can happen. And the problem can be that people are just going along with police quotas, though they aren’t legal or an actual practice.

The myth of police quotas is one that says that officers receive a certain amount of tickets to issue. There are also some arrests they have to make each month. That would be something that the officers determine based on statistics for the area. The myth also says that there are more tickets at the end of the month, to meet police quotas. There are also claims that the city’s budget is something that affects the numbers. This is because the city would get money for each ticket that an officer issues. This is also true for money made from arrests, such as bond and court fees. The times there have been influences that would implement a police quota, they come down when found out. The times they aren’t reported, and everyone goes along with them are the problem. But, when they are; it is a belief that they withdraw it almost immediately.

Police quotas are illegal. They present bias to an activity that all officers take part in. If the officer is more concerned about meeting police quotas than they are justice, this makes an unfair system. It allows them to lead people to jail for no reason or the simplest of offenses. This is something that would be problematic for a justice system that is already under stress. It would also call into question the ability to trust police officers. If you think that you are the victim of such a system, you will need an attorney. They will be able to expose the illegal activity that is going on and have your case dismissed. Having an experienced Rhode Island Traffic Ticket Attorney to fight this battle for you makes all the difference. It is important for you to have someone who knows the depths of the law.