Home » Does an Out-of-State DUI Count as a Prior Offense in Rhode Island?

Does an Out-of-State DUI Count as a Prior Offense in Rhode Island? 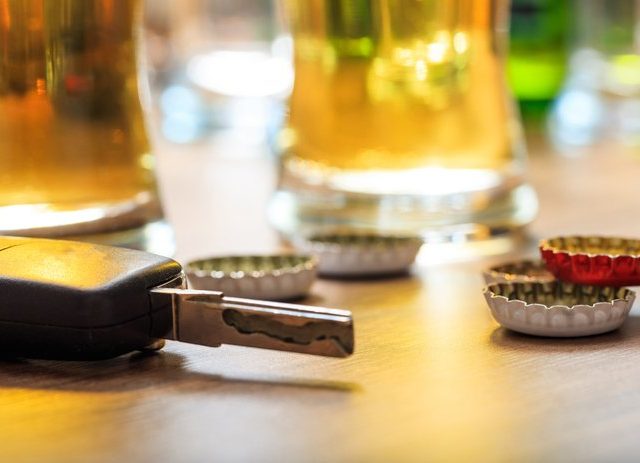 This question could be considered rare for drivers in other states. However, with Rhode Island being the smallest state, it’s no surprise that drivers are crossing state lines more often than not. This makes it more likely for a Rhode Island driver to wonder if a will DUI count as a prior offense. Unfortunately, answering this question can be a little tricky. There are a few things that will determine if an out-of-state DUI can affect the terms and conditions of a current DUI. In this article, we address:

Will an Out-of-State DUI Count as a Prior Offense in Rhode Island?

First, in order to properly answer this question, it’s important to understand the interstate Driver License Compact (DLC). This compact requires each member state to share driving record information with other states. If you have a traffic violation in one state, it can be discovered by a traffic record search in another state. But will an out-of-state DUI count as a prior offense automatically? Not necessarily. In most cases, law enforcement will be able to discover your prior DUI offense in another state. This makes it possible for your out-of-state DUI offense to be considered as a prior offense. You may be charged with a second or third DUI offense, or your penalties could be enhanced. Either way, the enhancement of your charges or penalties will be determined by a few different factors.

How Long Ago Was the Prior Offense?

Most states have something called a “lookback period” or a “washout period”. Both of these terms refer to the same thing. This is the period of time that DUI convictions are not taken under consideration when determining a current DUI offense. Rhode Island has a washout period of five years. This means that if you received a DUI more than five years ago, and you are charged again for a DUI, the current charge will count as your first offense. If your prior DUI offense occurred less than five years ago, it will be considered your second DUI offense.

Does Rhode Island Recognize Convictions from Other Jurisdictions for Punishment Purposes?

Yes, Rhode Island can recognize prior convictions from other states in order to enhance or upgrade your charges. As mentioned above, the time period since the out-of-state DUI conviction will matter. If your out-of-state DUI offense was over five years ago, you won’t face an upgrade in charges. For instance, you won’t be charged with a second or third offense if it was over five years ago. Despite this lookback period, you might face harsher penalties or punishments if a judge sees that you did receive a DUI conviction in another state.

According to the Driver License Compact that we explained above, the simple answer to this question is yes. If your driver’s license is suspended in one state, it’s considered suspended in another. There are a few exceptions. There are a handful of states that are not members of this compact. They are Maine, Wisconsin, Georgia, Michigan, and Tennessee. If your license is suspended and you happen to be moving to one of these states, the chances of getting your license reinstated are greater. Of course, these circumstances are rare.

The DUI laws in Rhode Island are strictly enforced and very specific. Rhode Island DUI law states that the prosecution must prove with evidence that the offender was indeed “convicted” of a DUI within the last five years in another state. It’s important to note that the defendant had to be convicted and not just charged with a DUI. It’s also important to know that other states use different terminology, sentencing, and penalties when it comes to DUI’s. For instance, Massachusetts, our bordering state, might interpret a DUI law or charge in a different way than Rhode Island will. Massachusetts refers to DUI’s as OUI’s (Operating Under the Influence) and their penalties will vary. This can give room for a defendant to prove that the DUI doesn’t necessarily constitute as a conviction.

Will your out-of-state DUI count as a prior offense? This question is unfortunately difficult to answer. A lot of different factors will determine if it will count as a prior offense. The state, the length of time since your last offense, and the terminology and punishments used in that state will all be taken into consideration. It’s highly recommended to call a repeat DUI defense lawyer for help with your case. Interstate DUI charges can become very complicated. A repeat defense lawyer can guide you through your charges and help you find the best possible outcome. Give them a call today!