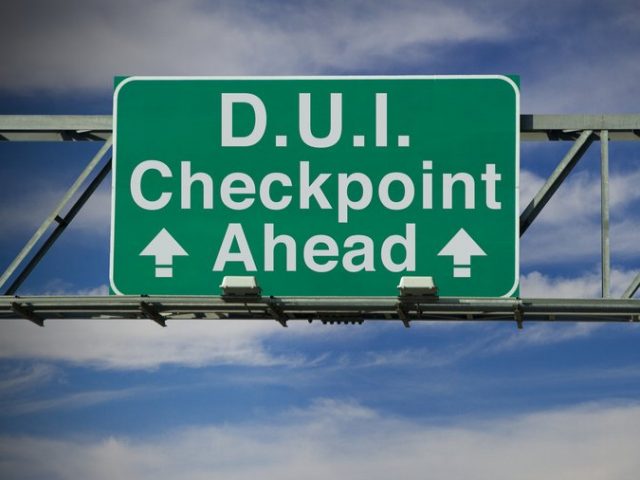 In the state of Rhode Island, DUI checkpoints are legal. These stops, also known as “mobile checkpoints” or “roadblocks” are traffic stops not instigated by individual suspicions. While the locations of the roadblocks are supposed to be random, you can check where and when they are active on sites including  Roadblock.org  and DUIblock.com.

Police briefly detain and interview drivers going through the checkpoint to identify those suspected of drinking and driving. Often, police set up these checkpoints on holiday weekends when people are more likely to drive while intoxicated. The Center for Disease Control and Prevention estimates these roadblocks prevent almost 1 out of 10 deaths resulting from drinking and driving.

Technically, the Constitution states an officer of the law must have probable cause to conduct a traffic stop. However, the U.S. Supreme Court ruled that the “degree of intrusion” resulting from sobriety checkpoints does not exceed the danger drunk drivers pose on the road. Therefore, DUI checkpoints are an exception to search and seizure provisions outlined in the U.S. Constitution.

The National Highway Safety Transportation Board created guidelines for officers when conducting these sobriety roadblocks. Additionally, the state of Rhode Island has guidelines that police officers must follow. One of the provisions for these checkpoints is the advertisement of checkpoint locations ahead of time.

Police officers in Rhode Island often utilize DUI checkpoints and roadblocks. State and local police use roadblocks to keep the streets safer and save lives. Rhode Island law allows officers to stop drivers despite a lack of evidence of inebriation. In fact, cops may stop even if the drivers do not drive erratically or seem impaired. However, the selection process cannot be arbitrary and must follow an outlined plan developed ahead of time.

The Rhode Island Declaration of Rights considers warrantless seizure a violation of constitutional protections. Technically, stopping a car–even briefly– without just cause is illegal. However, the decision of the United States Supreme Court to uphold sobriety roadblocks as a service of public interest overrides the unconstitutionality. In all matters, federal law takes precedence.

There are certain guidelines that police must follow when deciding who to check. These guidelines come from previous DUI cases. The state must adhere to these guidelines while conducting DUI checkpoints:

Once stopped at a Rhode Island DUI checkpoint, the driver speaks to the screening officer who will detail the process. Next, the officer searches for signs of inebriation. These signs include:

If the driver raises suspicion, the police officer may direct them to a secondary screening to determine whether or not a DUI is in order.

What If Police Break The Rules?

If the police do not follow the guidelines the state of Rhode Island created for DUI checkpoints, the law places the burden on the prosecutor to prove the police acted by the laws. The police officer has a requirement to follow the letter of the law or the stop-and-search is unconstitutional. Furthermore, if the prosecutor cannot prove the seizure was legal, the judge may dismiss the case in the court of law.

If police stop you at a sobriety checkpoint and arrest you for DUI, you may have a chance for the dismissal of charges. An experienced Rhode Island DUI lawyer represents you in court and challenges prosecution to defend the legality of the charges. Finally, if you face DUI charges from a roadblock in the state of Rhode Island, call Rhode Island DUI attorney S. Joshua Macktaz at 401-861-1155.