Home » Can I Beat a Rhode Island DUI Charge if I Failed the Breathalyzer and Field Test?

Can I Beat a Rhode Island DUI Charge if I Failed the Breathalyzer and Field Test? 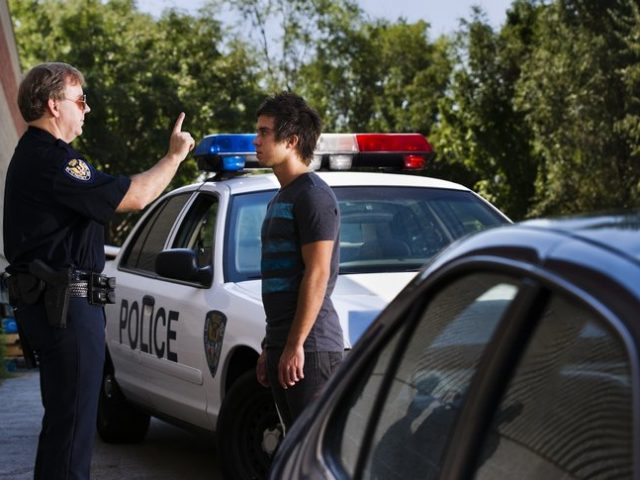 Everyone is aware that one should take DUI charges seriously. You can face significant consequences and expensive fines for a DUI conviction. Most offenders want to deal with their penalties and move passed their conviction as soon as possible. However, it’s important to ask yourself a few questions before pleading guilty of these charges. Specifically, can you beat a Rhode Island DUI charge if you failed a breathalyzer or a field sobriety test? What about if you refused to take a breathalyzer? Below you’ll find pertinent information on if you can beat a Rhode Island DUI charge and how a lawyer can help you challenge these charges.

It’s Possible the Breathalyzer was Incorrect or Faulty

When you’re pulled over by an officer who suspects that you’re driving under the influence, you’ll most likely be given a breathalyzer. A breathalyzer, or breath test machine, is a device law enforcement uses to measure your blood alcohol level. Remember that when driving in any state, the blood alcohol level must be below .08% if you’re over the age of 21. If you’re under 21, your blood alcohol level cannot be above .01% when operating a vehicle. Most people will automatically believe that a breath test machine is accurate. Sometimes we will forget that technology fails every once in a while. Many drivers just assume that their test reading was accurate.

However, like any other technical device, it can provide errors. There have been multiple examples of inaccurate readings from defective breathalyzers. In addition, an officer can also make mistakes when reading the results. If you believe that the officer may have used the breath test machine incorrectly or you believe the device was defective, you may be able to beat a Rhode Island DUI charge.

Many of the field sobriety tests that are used today were developed by the National Highway Traffic Safety Administration back in the 1970s. You may have been asked to complete horizontal gaze nystagmus, walk straight down a line and turn, or stand on one leg. These were designed many years ago to try to determine the level of impairment of a driver. Because these tests were developed and conducted in controlled settings, researchers claim that many mistakes can easily be made when using these methods in the real world. An officer’s ability to determine if you were fit to drive a car can be completely inaccurate with a field sobriety test.

Refusing to Take a Breathalyzer

Many drivers will ask if it’s better to refuse or to take a breathalyzer test if they’ve been pulled over. That will depend on a few different factors. The state of Rhode Island has an “implied consent law” state. That means that anytime you get behind the wheel of a car, you’re automatically giving consent to a blood, urine, or breath test. If you refuse to take a breathalyzer test, you’ll be breaking the implied consent law, and you’ll face an immediate suspension of your license.

In addition, you’ll be required to pay a fee and possibly attend a substance abuse treatment program. However, it’s important to note that refusing to take a breathalyzer test for the first time will result in a civil infraction. Pleading guilty to a DUI charge is a criminal conviction. (A second refusal to take a breathalyzer will result in a criminal charge.) If you are absolutely certain that you are sober, it may be in your best interest to take the breathalyzer. It can help to have evidence of your BAC (Blood Alcohol Content).

However, if you’re unsure, it may be in your best interest to refuse and contact an attorney as soon as possible.

How to Beat a Rhode Island DUI Charge

If you want to beat a Rhode Island DUI charge, you must speak with an experienced DUI attorney as soon as possible. A DUI attorney will be able to closely examine all of the evidence from your case and determine if you can have your charges dropped. Remember that your breathalyzer device may have been faulty or misread. Your field sobriety test could have been inaccurate or conducted in the wrong manner. There are a wide variety of issues that can come along with a DUI charge. It’s important to explore all of them. Contact a Rhode Island Breathalyzer Refusal and DUI attorney S. Joshua Macktaz, Esq. today to learn more about your options.