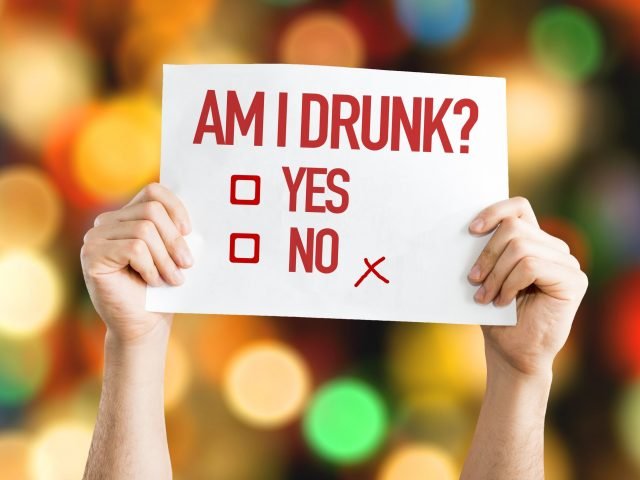 Driving under the influence is often deadly. Of course, the craziest DUI stories that don’t end tragically also end up in the news. If you want to avoid heartache and embarrassment, make sure you don’t get behind the wheel when you’ve had too much to drink. This year has seen more than its share of crazy DUI stories. Here are a few of the most unforgettable DUI arrests so far.

This terrifying highway drunk driving escapade near Milwaukee, Wisconsin surprisingly did not end in death or injury, although the potential for tragedy was certainly there. The incident was caught on surveillance video of I-43 in Glendale, which was later released by the Wisconsin Department of Transportation. A red pick-up truck veered into the concrete barrier and ended up driving with two wheels in the air. As the truck straddled the barrier, it sheered off not one but TWO steel light poles. The poles crashed to the ground in the middle of the highway, posing an imminent threat to drivers on either side of the divided highway.

Luckily, the poles did not land directly on passersby, and cars were able to stop or get out of the way without further incident. Miraculously, no one was hurt and there was only minor damage to a few vehicles. The driver of the truck was then taken into custody by police after failing a sobriety test.

At least he was on-time for work. It was around 6 a.m. when garbage truck driver Anthony Castaldo woke the neighborhood up with what “sounded like an earthquake.” The drunken sanitation truck driver lost control of the behemoth vehicle and plowed over several cars and a tree, ending up at Francesca Boscarellow’s doorstep. The accident totaled four cars, including a Dish Network van that ended up on top of a smaller vehicle.

As alarmed neighbors came out to see what happened, Castaldo got out of the garbage truck and tried to make a break for it. Of course, the Brooklynites would have none of that and chased the driver down the street.

When the police arrived, Castaldo claimed innocence and fiddled with something in his waistband. One officer, alarmed by Castaldo’s behavior tasered the driver, then arrested him. The final charges?

The driver would have been better off staying in the garbage truck and taking responsibility for the incident. Then again, his best move would have been to call in sick.

Crazy DUI Story #3: Forget the Fast and the Furious – Here’s the Drunk and Delirious

#weekendupdate: On Saturday, Feb. 3, 2018, at approximately 2:10 a.m., #CMPD officers responded to a traffic collision at the 1600 block of Whittier Avenue. They arrived to find a green Lamborghini Gallardo Superleggera stuck underneath a modular construction trailer. The driver, Cesar Castro Rodriguez, 31, Westminster, suffered no major injuries and was at the scene looking for his 25-year-old male passenger. Costa Mesa Fire & Rescue took 45 minutes to get inside the vehicle passenger compartment due to complications including an unstable trailer and downed live wires nearby. The CMPD Major Accident Investigation Team was notified and responded. The passenger, who had left the scene of the collision before first responders arrived, was located approximately two hours later at his home in Westminster with minor injuries. Rodriguez was arrested at the scene for driving under the influence of alcohol.

Not only is this one of the year’s craziest DUI stories, it’s also one of the costliest. A California man demolished his lime green Lamborghini Gallardo Superleggera (worth upwards of $250,000) by driving it under a construction trailer. Ironically, the trailer had a ‘First Aid’ sign posted in the window.

The driver was found by the police as he stumbled around looking for his passenger. Officers spent 45 minutes cutting through the floor of the trailer to try to reach the passenger, who was assumedly still in the Lamborghini. The search came up empty though, as the driver’s friend had escaped the vehicle and fled the scene. He was tracked down a few hours later at his home in Westminster.

Crazy DUI Story #2: No, Your Tesla Doesn’t Count as a Designated Driver

Driverless cars are the wave of the future, but so far they still don’t get you out of a DUI charge. At least not yet. When he was found passed out behind the wheel of his Tesla, a drunken California driver assured the police everything was fine. He had his car set on “autopilot.” It’s too bad his car didn’t have “auto-attorney.” because the cops arrested him for suspicion of DUI.

Of all the craziest DUI stories of the year, this one hits the hardest. Brian Fogg of Belfast, Maine decided the police weren’t going to take him in without a fight, so he started one…with himself. Fogg punched himself in the face repeatedly, giving himself several lacerations and apparently a black eye (or two). Instead of the breathalyzer test, they planned to give him. the officers tended to Fogg’s self-inflicted wounds. The scheme didn’t work as planned, though. Police charged Fogg with criminal mischief, falsifying physical evidence, and operating a vehicle under the influence.

The craziest DUI stories are entertaining until you’re involved in one. If you’ve been charged with DUI in Rhode Island, call the Law Offices of S. Joshua Macktaz, Esq. at (401) 861-1155 today.