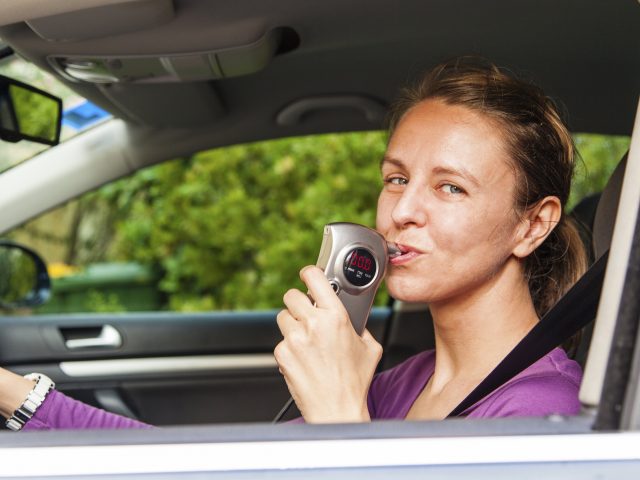 You’re probably familiar with the fact that a breathalyzer test exists for alcohol. And if you’ve ever been pulled over for suspicion of DUI, you know this to be true via some costly firsthand experience. However, did you know that a new breathalyzer test for marijuana exists? It will very soon, and knowing the ins and outs of the test are vital to keeping legal trouble at bay.

As time passes, marijuana is slowly gaining legal ground across the United States. Such places that have made marijuana possession and personal use legal include Alaska, California, Colorado, Maine, Massachusetts, Nevada, Oregon, Vermont, Washington, and Washington D.C. The list of marijuana-legal locations is growing. Whether the new breathalyzer test for marijuana catches up to that list remains to be seen.

What Is The New Breathalyzer Test For Marijuana?

You had a few drinks after work. After developing a nice buzz, your driving skills take a hit on your way home. A police officer notices some swerving and pulls you over. He asks you to take a breathalyzer test to determine if you’re under the influence of alcohol. If you blow and your blood alcohol content is too high, he can charge you with DUI.

Just as the traditional breathalyzer helps determine if you have alcohol in your system, the new breathalyzer test for marijuana aims to do the same. Even though marijuana may be legal where you live, there are specific instances where its use will not be acceptable. This upcoming breathalyzer addresses those instances.

How Does The New Breathalyzer Test For Marijuana Work?

A simple traffic stop can offer up some clues as to whether or not you’ve been smoking marijuana. An officer can smell the smoke emanating from your car. They may be able to feel it coming off your clothes. They could even run a blood test to see if you have marijuana in your system. What’s the problem with those detection methods? Marijuana smoke can remain for hours. Traces of THC (marijuana’s active ingredient) can linger in your system for days. In other words, you may not be under the influence to where it impairs you, making those detection methods somewhat obsolete.

The new breathalyzer test for marijuana aims for pinpoint accuracy in detection. It seeks to tell a law enforcement officer or employer whether or not you’re currently under the influence and impaired to the point where your judgment and abilities may be affected. The test does this by measuring the amount of THC in your breath by parts per trillion. If there are THC traces in your breath, it’s likely that you have smoked marijuana within the last few hours. Such recent smoking makes it possible that you’re still impaired since marijuana’s high supposedly lasts 2-3 hours.

What States Are Using The New Breathalyzer Test For Marijuana?

Several companies are working on the new breathalyzer test for marijuana. Currently, none has come up with a product that is ready for public use. It’s probable that the primary locations affected by the breathalyzer will be those who legalized marijuana first, with California being a good example.

One company at the forefront of the new breathalyzer test for marijuana is Hound Labs. Based out of Oakland, California, Hound Labs plans to have their breathalyzer debut sometime during 2018’s second quarter. The device will cost somewhere in the neighborhood of $500 to $1,000.

It took Hound Labs several years to be able to measure THC levels with such accuracy. How hard is it to detect THC in parts per trillion? Imagine trying to find a couple of drops of water in a bucket big enough to house a hundred swimming pools. According to the company’s CEO, it’s that hard.

Why Do States Feel The Need To Use The New Breathalyzer Test For Marijuana?

From a law enforcement perspective, the need for the new breathalyzer test for marijuana is rather apparent. Driving impaired creates a significant safety issue for commuters. And as stated, the legality of marijuana doesn’t mean you should smoke it before getting behind the wheel. Instead of having to rely on road tests, blood samples, and other detection methods, law enforcement officers can use the new breathalyzer test for marijuana to quickly found out if a driver should be off the road.

Many employers also see a great need for the new breathalyzer test for marijuana. Whether it’s in an office or factory setting, employers do not want their employees to be under the influence of marijuana. Not only could it affect the quality of their work, but it could also create safety issues in the workplace that could end up costing employers a ton of money.

If you find your self in trouble with the law due to the new breathalyzer test, remember to call an attorney. An attorney experienced with breathalyzer in your state is your best bet for getting your case dismissed and expunged.

Rhode Island Breathalyzer Refusal Lawyers like S. Joshua Macktaz, Esq. with 27 plus years experience and has helped thousands of clients in Rhode Island with these types of charges. Call (401) 861-1155 today to schedule your free consultation.