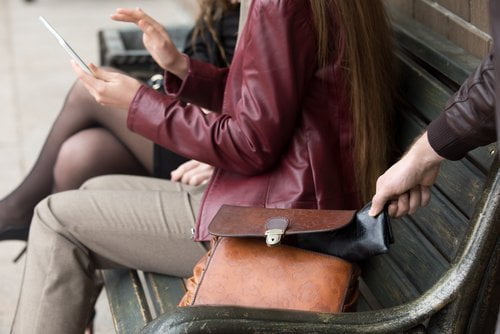 The types of theft

There are two main types of theft in Rhode Island. First, you have felony larceny. Like you might imagine, felony larceny is a felony. A police officer can charge you with this crime if you steal any property or money worth over $500. If you steal anything less than that amount, the crime is the second type of larceny – misdemeanor larceny. A misdemeanor larceny is a theft less than $500. Whether you steal property or money is irrelevant; it’s all larceny.

Other states have different terminology for the types of theft. For example, petty theft is similar to misdemeanor larceny. Likewise, felony theft is akin to felony larceny. Although the states have varying laws, they classify theft as either a misdemeanor crime or a felony. The biggest difference in the crimes is the penalties you could face.

What counts as theft?

The term “theft” does not refer to one single action. Rather, it refers to several different ones. In Rhode Island, theft can involve stealing money, goods, bank bills, bank or stock certificates, promissory notes, notes of the general treasurer, and public office records.

For misdemeanors, shoplifting is one of the biggest offenders. But any theft of any sort can land you misdemeanor larceny charges.

When you commit felony larceny, you can face up to ten years in jail. However, this is only the maximum sentence. If a judge wants, she can limit your sentence to less than that. The maximum penalty establishes a guideline for judges on which they can base their sentencing. If you commit felony larceny, you may also face a fine. That fine could be as much as $5000. Similar to the jail time, the fine is only a maximum value.

There’s also the matter of your criminal record. When a judge convicts you of felony larceny, the conviction goes on your criminal record. After you complete your jail time, the conviction remains on your record. When someone runs a background check on you, they can find out about your conviction. Your record could prevent you from renting a house or getting a job. If you wanted to join the military, a conviction would get in your way. As a result of your conviction, you could have a lower quality of life.

.A misdemeanor larceny has lesser penalties than a felony one. For example, the maximum jail time is only one year. The maximum fine is $500 or less. Unlike a felony crime, this crime does not have to overshadow your life. Although they do stay on your record, they don’t always show up on background checks. Finding work and housing is much easier with a misdemeanor than it is with a felony.

When you attempt to steal something, the attempt alone is enough to get you in trouble. Attempted larceny carries the same penalties as actual larceny. Success or failure doesn’t matter to the court; all that matters is that you tried.

If you break the state’s theft laws, you may be headed for trouble. You need an experienced lawyer to help you improve your situation. With a lawyer’s help, you might be able to beat your charges. Or, you may end up with a less severe penalty. In any case, you can’t do it alone.