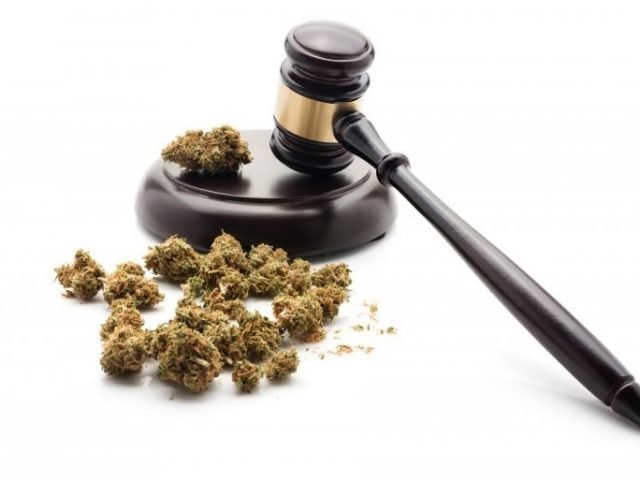 Public opinion on marijuana is changing. And the marijuana laws in Rhode Island could also be changing soon. Nearby states such as Maine and Massachusetts have already passed legalization measures. Some of Rhode Island’s lawmakers want to follow suit, and public support for the initiative is growing. A good chance exists that Rhode Island soon joins the cohort of states where adults can legally use pot.

There’s no cut-and-dry answer to the question of who uses marijuana. Perhaps you picture a hippie from the ’60s in a tie-dyed t-shirt. Maybe you have the image of a slacker kid with long hair riding a skateboard. But the fact is, you can’t fit marijuana users into neat little boxes. They come from all walks of life.

The federal government’s Substance Abuse and Mental Health Services Administration (SAMHSA) conducted a recent study on U.S. college students. They wanted to see how prevalent pot use is on college campuses. The results, to put it mildly, were telling.

The group surveyed 9 million full-time students. Over 700,000 of them, or nearly 8 percent, used marijuana on any given day. Pay attention to the wording. The study doesn’t say that 8 percent of college kids smoke pot occasionally or at parties or every once in a while. It says that on any given day, 8 percent will light up a joint on that day.

Part-time college students reported even higher rates of pot use. On any given day, nearly 200,000 out of 2 million part-time students, or 10 percent, used marijuana.

Police arrest more people for marijuana use than for all violent crimes combined. For every 100,000 U.S. residents, over 400 of them get arrested each year for minor drug crimes. These crimes usually involve simple marijuana possession. Many of the people arrested have no criminal record and have never been arrested for anything other than using pot.

The marijuana laws in Rhode Island still classify the drug as illegal. But the good news is, the penalties for possessing a small amount for personal use are minor. If you’re over 18 years old and get caught with less than an ounce of marijuana, you won’t go to jail. In fact, you won’t even have a criminal record. Instead, you’ll face a civil violation and pay a $150 fine.

But if you have more than an ounce, the marijuana laws in Rhode Island quickly become severe. Possession of an ounce to a kilogram of pot results in a misdemeanor charge. A conviction carries up to a $500 fine and one year in jail.

Beyond a kilogram, the state assumes you plan to distribute the drug, and you get slapped with a felony. You can get 50 years in prison for possessing up to 5 kilograms and a life sentence for possessing more than that. Granted, these sentences are the maximums. But the fact remains, getting caught with large pot quantities in Rhode Island is bad news.

State lawmakers have proposed changing the marijuana laws in Rhode Island. This isn’t anything new. For seven straight years, at least one state lawmaker has proposed legalizing recreational pot. But the issue is gaining more traction in 2017 for two reasons. One, the state is coming to terms with the rapidly shifting public opinion on the drug. Two, it saw the big gains legalization made in other states, including Massachusetts and Maine, in the 2016 election.

The two legislators behind the 2017 measure are state Sen. Joshua Miller (D) and state Rep. Scott Slater (D). They want to legalize recreational pot use for all adults 21 and over. They haven’t yet ironed out the specifics of the new law, such as how much weed (for example, an ounce, five ounces, 10 ounces) would be acceptable to possess. But they’ve laid the groundwork for pot to be legal. And they enjoy widespread public backing. Nationwide, 60 percent of adults support legalizing marijuana.

Why change the laws?

Not all lawmakers or even members of the public love the idea of pot legalization. The state’s attorney general, Peter Kilmartin, is one such opponent. But he’s fighting an uphill battle. To use the phrasing of activists, he might even be on the wrong side of history.

Public support for marijuana legalization is soaring. Well over half the adults in this country support legalizing pot for recreational use.
State governments, including in Rhode Island, are realizing they can’t stem the tide of support for this measure.

Moreover, an economic incentive exists to change the marijuana laws in Rhode Island. With Massachusetts planning to open pot shops by 2018, Rhode Island risks lost revenue from people driving across the border. It’s not like Rhode Island residents aren’t going to smoke pot just because they can’t buy it legally in the state. They’ll either buy it illegally or drive to a nearby state where they can buy it legally. Given that people will buy marijuana no matter what, Rhode Island can benefit when people buy it in the state.

Recreational marijuana is rapidly becoming more acceptable and less taboo in society. But the marijuana laws in Rhode Island still make it illegal. If you’re facing a marijuana charge, you should speak to a qualified Rhode Island Marijuana Defense Attorney right away.