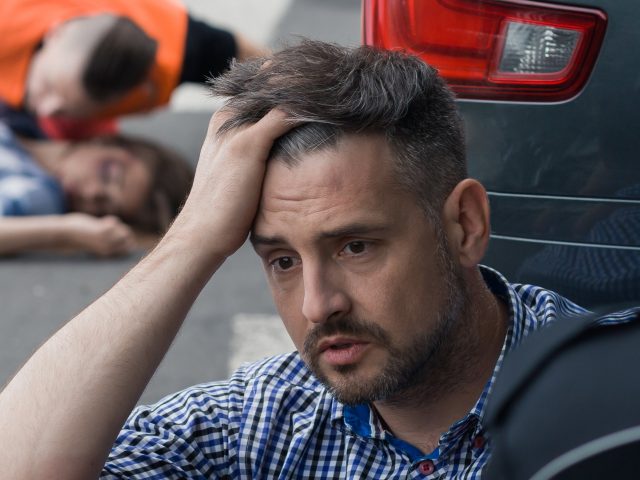 Sometimes people have a hard time grasping the seriousness of drinking and driving until it hits close to home. Unfortunately, DUI accidents in Warwick Rhode Island happen much too often. Here is a sampling of recent accidents in the area caused by alleged drunk drivers.

In February, 8-year-old Jahmeer Valles-Halloway died as a result of one an accident on Warwick Avenue that occurred days before. 34-year-old Justin Preston hit the vehicle carrying Valles-Halloway with his SUV. Around 8:40 pm that night, he crossed the double line causing the collision. As a result, five people sustained injuries including two children.

Preston also had his two young children in his car at the time of the accident. Police charged Preston with one count of DUI with serious bodily injury, two counts of dangerous driving resulting in injury, and one count of driving with a suspended license.

His bail was $100,000, but authorities held him without bail for being in violation of a previous case.

Unfortunately, that was not the only one on a day of DUI accidents in Warwick Rhode Island. A few hours after the initial wreck, another person died in a three-car crash. At the time, 26-year-old Megan White hit a car as she drove south on Warwick Avenue as another car turned on the road from Betsey Williams Drive. The collision sent the vehicles into another car. Doctors pronounced 82-year-old Daniel McCarthy of Cranston dead at Rhode Island Hospital.

Police charged White with driving under the influence resulting in death. Authorities set her bail at $15,000 with surety. White admitted to having at least five drinks at a restaurant before getting behind the wheel. Additionally, she had a previous drinking and driving arrest.

Friends described the victim as “giving, full of life, and an avid volunteer and advocate as a board member of the Mental Health Association of Rhode Island.”

Back in December, Rhode Island State Police reported two separate single-car crashes about an hour apart on Interstate 95. The first accident occurred at 1:46 a.m. on I-95 south near the Pawtucket-Providence line. Incidentally, both resulted in fatalities.

Also, police conducted four DUI arrests. One included a woman driving the wrong way on I-95.

A Warwick teenager that killed a University of Rhode Island college student in an accident in September is set to be tried as an adult. Hunter Stephenson crossed the center median on Route 1 and struck 21-year old Thomas Hug head-on his motorcycle. Incidentally, he died as a result of the crash.

17-year Stephenson drank with friends at a Westerly beach before the crash. Police charged him with possession of alcohol by a minor, DUI resulting in death, driving to endanger with resulting death, and various other motor vehicle violations. His family released him on a $10,000 personal bond under the conditions that he cannot drive and must go to counseling for alcohol addiction.

Employees from the McDonald’s at 2390 Warwick Ave. called police in September as a driver in a blue van appeared passed out in the drive-through. With several vehicles lined up behind the van, police found Jason Leone asleep at the wheel in possession of oxycodone.

Additionally, officers Manuel Pancheco and Matthew Higgins found open beer cans, small “nip” liquor containers, and spilled beer on the floor of the van. The driver, conscious and responsive, declared he was only tired. However, the police noted his bloodshot eyes and the smell of alcohol on his breath. Incidentally, the officers charged Leone with a felony count of drug possession and one count of DUI.

If you or someone you know gets in one of the DUI accidents in Warwick Rhode Island, contact Warwick DUI defense attorney S. Joshua Macktaz at (401) 861-1155 for a Free Consultation.