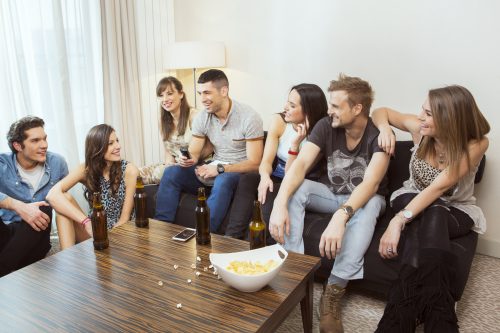 Drinking is an epidemic in universities in Rhode Island and across the United States. Every year, 1,825 college students who range between 18 and 24 years of age die from incidents involving alcohol. Additionally, one in four students faces academic consequences because of their drinking habits. The statistics are shocking. And with all of this drinking, there’s bound to be college drinking and driving. And the statistics make it obvious that college drinking and driving is a major issue. How extensive is the problem? Take a look at the facts.

In 2010, the University of Maryland School of Public Health studied the issue. After looking at 1,250 freshmen in a large university located in the mid-Atlantic, researchers found that one in five of them admitted to drunk driving. And, perhaps even more shockingly, 40% of them admitted to riding in a car with a drunk driver.

Looking at the bigger picture, one study estimates that 3,360,000 college students between 18 and 24 drive under the influence of alcohol. About 18% of youth 16 to 20 years of age drink and drive. That equates to about 2.5 million drunk driving youth.

And once students turn 21, they are more likely to drive while they are drunk. College students who are 21 or older have a greater chance of getting behind the wheel of a vehicle when they are drinking.

It’s obvious that college drinking and driving is a frequent occurrence. But just how frequent is it? About 19% of drunk driving accidents involve college students. That’s a significant number- one that you should not overlook.

Drinking and driving isn’t only a problem in colleges. It’s a problem throughout the US. There are a few other drunk driving statistics that don’t specifically look at college students. However, with such a high number of college students driving drunk, it’s likely that they have a strong influence on these numbers:

College students are no exception to the fatalities. While not all of the 1,700 yearly alcohol related deaths are related to driving, many of them are. About 600,000 college students experience injury because of an alcohol-related incident. Many of these incidents involve driving.

Other consequences of college drinking

As if those repercussions weren’t enough, there are other consequences unrelated to drinking and driving. There are many other issues that can arise from college drinking. Sexual assaults are a major issue. Over 97,000 students aged 18 to 24 are victims of sexual assault or date rape (alcohol is involved in all of these issues). And over 690,000 students in the same age range experienced physical assault in alcohol-related incidents.

In addition to all the injuries and fatalities are the legal ramifications. A drinking and driving charge doesn’t just disappear. When police arrest you for drunk driving, it has long-term consequences. A DUI charge can be permanent on your record, haunting you for years to come. Depending on the severity of your incident, you may face steep fines, community service, and jail time. At the very least, you’ll face a court battle. While you may end up with a minimum punishment, court fees and other DUI related fees can cost thousands of dollars.

One of the most dangerous but common types of drinking on college campuses is binge drinking. And binge drinking leads to even more dangers. That level of drinking severely impairs an individual. Binge drinking can result in hospitalization or death, due to alcohol poisoning. Drinking in college has many consequences, all of which can be life-changing.