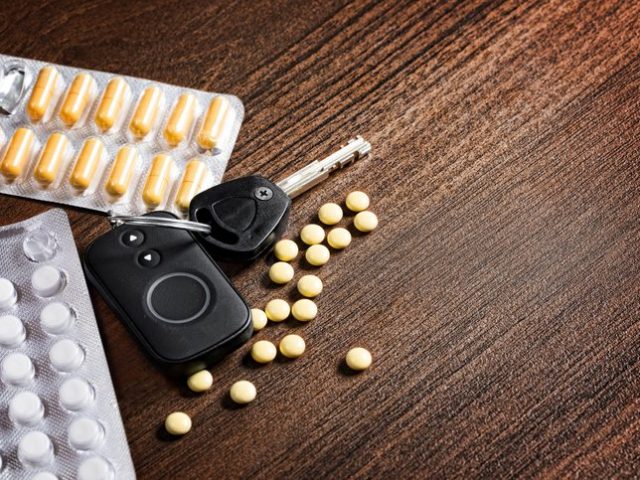 Before we disclose the differences in penalties and procedures of drunk driving and drugged driving, it’s important to note that both are dangerous. Regardless if you’re high or drunk, both alcohol and drugs will impair your ability to drive.

It’s that time of year where there’s a clear spike in celebrations and festivities. If you think you will be consuming either drugs or alcohol at an upcoming holiday party, it’s best to play it safe and never get behind the wheel. With that being said, it’s likely that if you’re reading this, you could have already been charged with either drugged or drunk driving.

Below we discuss the differences in drunk driving and drugged driving and how to legally handle them.

It’s important to know the difference between drunk driving and drugged driving for many reasons. First and foremost, for safety reasons. You should always be aware of how alcohol or drugs can affect the way you react. Since you may be more familiar with the act of drunk driving, we’ll briefly describe those penalties and procedures first. You may have heard of someone being charged with a DUI or a DWI in Rhode Island.

While both basically describe the same action, there are small differences between the two charges. A DWI stands for Driving While Intoxicated and it means that a motorist had a blood alcohol level (BAC) of 0.08% or more. A DUI stands for Driving Under the Influence and is assigned to drivers under the age of 21 who have a BAC of 0.02% and 0.08%. The penalties for these will largely depend on the severity of the charge and if this is a first or second violation.

If you’ve been charged with a DUI for the first time, you’ll be charged with:
– A suspended license for 6 to 8 months
– 10-60 hours of community service
– A highway safety assessment fine of $500

If you’re over 21 and you’ve been charged with a DWI for the first time, you’ll be charged with:
– Up to 1 year of jail time
– A suspended license for 30-180 days
– 10-60 hours of community service
– Fines that can range between $100-$400
– Mandatory attendance of an Alcohol Treatment Program

What is Drugged Driving?

Most people are familiar with the concept of drunk driving and have heard anti-drunk driving campaigns and public service announcements for decades. Drugged driving, on the other hand, is still a fairly new concept that lawmakers and law enforcers are still trying to figure out. You may be wondering what drugged driving is and how it differs from drunk driving.

At the most basic level, drugged driving and drunk driving are both risky and should be avoided. Much like drunk driving, drugged driving can impair your reaction time, vision, and judgment. However, different drugs can have different effects on the brain and your ability to drive. For instance, a motorist that is high on marijuana might have slower instincts, diminished coordination, and issues with vision. A driver who has been using uppers, like cocaine or methamphetamine, might drive more aggressively and recklessly at higher speeds. With the emphasis on the legalization of both recreational and medical marijuana, officials are currently more concerned with the consequences of driving while high.

When considering the penalties of drunk driving and drugged driving, there really isn’t much of a difference. In many states, drugged driving is treated exactly like a DWI or DUI. However, that is due to change in the near future, since new drug detection approaches are constantly appearing. These devices or training methods could somehow alter the way drugs are identified in a motorist, offering a new path to penalties.

The problem with marijuana is that a driver could fail a drug/chemical test, but not be considered “high” while driving. Marijuana stays in your system for weeks after consuming it, so it would be possible to falsely charge a driver with drugged driving. Despite the challenges in determining if a driver is indeed under the influence of marijuana or not, law enforcement can still charge you with a DWI if you’re physically appearing to be high and driving recklessly.

For More Info on Drunk Driving and Drugged Driving Charges

Because the laws around drugged driving are so murky right now, it’s always best to contact a lawyer to help you handle your charges. As mentioned above, with no clear-cut way of identifying a drugged driver, many drivers have been falsely charged. If you’ve recently been given a prescription for medicinal marijuana and you’ve been charged with drugged driving, there’s a chance that a DWI/DUI lawyer could help you. Despite the spike in drugged driving, this doesn’t mean that everyone with a valid medicinal marijuana card is out driving under the influence of drugs. It’s important to know your rights and defend yourself in these cases. If you’ve recently been charged with drunk driving or drugged driving charges, contact a DWI/DUI lawyer with experience today.