The Three Types of BAC Tests 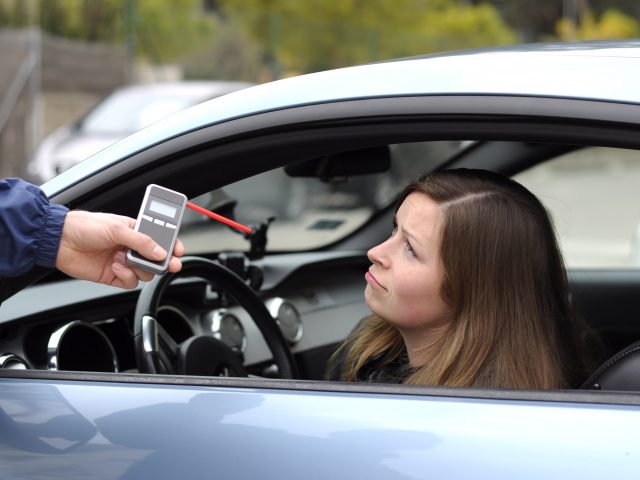 If a law enforcement officer pulls you over for drinking and driving, they need to determine your BAC level. By measuring a BAC level, law enforcement can see if you are over the legal drinking limit. Determining your BAC level is as simple as administering a test. There are actually several different BAC tests in Rhode Island and across the nation for law enforcement to use. It’s best for every motorist to find out how officers can test you and what method is the most accurate. But first, what exactly is BAC and how much is too much alcohol? In this article, we examine the three most common types of BAC tests in Rhode Island, potential issues with these tests, and what to do if you’ve been charged with a DUI through these methods.

BAC stands for blood alcohol content or blood alcohol concentration. It’s the standard measuring unit that’s used to see if someone has consumed too much alcohol to be operating a vehicle. You can be charged with a DUI or DWI in Rhode Island for driving a car with a blood alcohol content of .08% or more. If you’re operating a commercial vehicle, you can be charged if your BAC is .04% or more. Of course, if you’re drinking underage and operating a vehicle, Rhode Island takes this very seriously. Underage drinkers who get behind the wheel can be charged with a DUI if their BAC is .02%. Below you’ll find the three most common tests to determine a BAC and how accurate these tests are.

The Breathalyzer is, by far, the most common of the BAC tests. However, they aren’t common because they are the most effective. They’re common because they are the most convenient for officers to use. They’re small enough for a law enforcement officer to conveniently carry with them. As small and lightweight devices, breathalyzers are easy to bring on patrols. They can conduct a test while a driver is still sitting in their vehicle. They also deliver immediate results, allowing an officer to measure your BAC level within minutes. A breathalyzer works by measuring the amount of alcohol that travels through the blood vessels in your lungs and comes into the breathalyzer.

In general, breathalyzers deliver accurate enough results for a prosecutor to build a DUI case against you. Fuel cell sensor breathalyzers are particularly well-accepted. Some motorists will even purchase their own breathalyzers to conduct BAC tests on their own before operating a vehicle. They are fairly inexpensive and can range in size and shape. There are many different Breathalyzer-type products available on the market. Of course, some more accurate than others. It’s important to remember that they may not be used as a defense to your DUI charges.

However, breathalyzers aren’t perfect. The issue with BAC tests like this one is that it makes assumptions. For example, it assumes that every person who breathes into the test has the same traits. But this isn’t the case; everyone is different. The readings from the breathalyzer can be inaccurate. The tests can also be affected by environmental issues. If there is paint, glue, or other chemicals at the time of the reading, the results of your test may not be correct. Lastly, you have to consider user error and defective devices. Everyone knows that you can’t trust technology one-hundred percent of the time. There are plenty of instances with faulty devices that offer inaccurate results.

Not as common as breathalyzers, urine tests are one of the BAC tests in Rhode Island that are used when there are no other alternatives. Most officers avoid issuing urine tests unless they are absolutely necessary. This is mainly because it’s very intrusive. It’s much more intrusive than breathing into a breathalyzer device. Urine tests occur the way you might imagine. After you give an officer a sample of your urine, he needs to send it to the lab for testing.

Issues With a Urine Test

It’s true that urine tests can be inaccurate. Urine tests tend to have a BAC that’s higher or lower than your actual blood alcohol level. In addition, urine tests cannot occur at the time of the incident. Many urine samples will occur long after an arrest was made, and the timing of a BAC test is incredibly important. Alcohol could take about two hours to show up in a urine test. Additionally, it can show up in the test for up to 23 hours after the alcohol was consumed. Again, after a urine test is collected, a law enforcement officer will need to send the sample into a lab to be tested. This leaves your sample vulnerable to tampering. When you have a urine test as evidence against you, your DUI lawyer can challenge this test as being unreliable. Urine tests are clearly far from the perfect method of testing your BAC.

An officer has a right to get a blood test from you. If you refuse, you could face a license suspension and other consequences. Although it’s a simple test, it is slightly invasive. The blood test works similar to all the other BAC tests in Rhode Island because it measures the level of alcohol in your body. However, this test uses a sample of your blood to determine that level. Although it isn’t perfect, the blood test tends to be more accurate than urine or breath tests.

There is a chance of inaccuracy due to issues in the lab. No lab test is impervious to human error.

To administer a blood test, there needs to be a blood draw. Then, the sample goes to the lab for testing. As with urine BAC tests, any kind of lab sample that leaves an officer’s hands has the potential for tampering.

BAC testing differs by state. In Rhode Island, the state is quite strict when it comes to drinking and driving. As mentioned in the introduction, the BAC for a DUI charge is .08 and above. However, those who are under 21 can face a DUI charge for a BAC of between .02 and .08. An officer may request you to do a field sobriety test, a blood test, or a breathalyzer. If you fail to take one of the BAC tests, you will face penalties.

Should You Refuse to take BAC Tests in Rhode Island?

Rhode Island has an implied consent law. This means that once you decide to get into your, turn on the ignition, and begin to drive, you’re giving consent to a BAC test in Rhode Island. It basically stipulates that you need to comply with the officer. If you refuse to do so, you may face community service, a six-month license suspension, drunk driving school, fines, or an alcohol treatment program. Although the penalty for refusing one of the BAC tests may seem high, you may want to consider refusing it. If your test results come back with a very high BAC, it can hurt your case in court. It will take an experienced lawyer to dispute the results of a BAC test, and there are no guarantees. It’s important to note that you only can refuse a BAC if your situation was harmless to others. If you operated a vehicle and caused serious injury or a fatality, an officer can deny your right to refuse a BAC. If you do choose to take a BAC test, you should request a breathalyzer or urine sample. Because of their inaccuracies, they are easier to dispute in court than a blood test. With the right lawyer, you can get yourself out of trouble by creating the right level of doubt.

Motorists who decide to refuse a BAC will face immediate penalties due to the implied consent laws. However, it’s important to know that refusing a breath and urine test has different consequences than refusing a blood test. Drivers who refuse to take a breath or urine test will face mandatory completion of a substance abuse treatment program and $700 in highway assessment and chemical testing fines. Drivers refusing a breath or urine test will also face community service hours and six months to a year of a suspended license. You won’t face any jail time for your first refusal, but you can face jail time if it’s your second or third refusal. Refusal to submit a blood test has very similar penalties. However, your penalties cannot include jail time in Rhode Island if you refuse a blood test. Since you cannot be jailed for refusing to submit a blood test in Rhode Island, a judge may decide to increase your fines or the length of your license suspension.

If You’ve Been Charged With a DUI in Rhode Island

If you’ve recently been charged with a DUI, it’s important to act quickly. Your DUI charge may be unjust due to faulty breathalyzer instruments, inaccurate BAC readings, or even misuse of a lab sample. If you believe that one of these reasons applies to your arrest, contact an experienced DUI defense attorney as soon as possible. A DUI attorney will be able to closely examine all of the evidence from your case and determine if you can have your charges dropped. Be sure to collect all of the details concerning your BAC test and give them to your DUI attorney. Only then will they be able to determine if your case can be challenged. Contact a DUI attorney today to learn more about your options.