Home » Can I Get A DUI for Being Drunk in a Parked Car?

Can I Get A DUI for Being Drunk in a Parked Car? 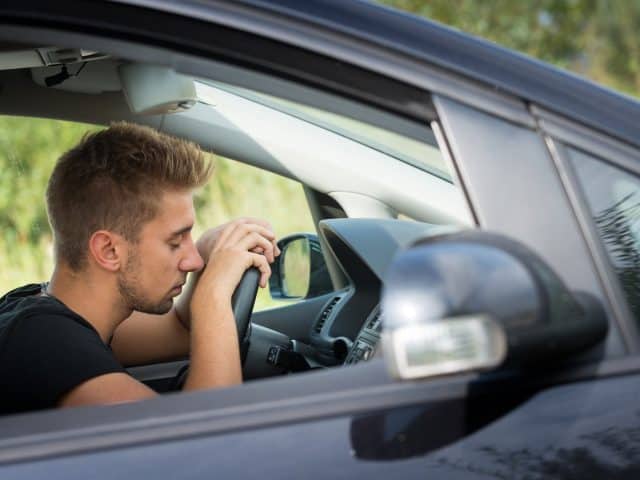 Everyone with a driver’s license knows that operating a vehicle under the influence is illegal in every state. However, the details in drunk driving statutes can vary by state and sometimes appear to be confusing. It’s important to understand the consequences for a wide range of drunk driving scenarios. For instance, what if you’re not operating a vehicle while intoxicated? What if you’re simply in a parked car? What if you’re asleep? Can you be charged with being drunk in a parked car? Many people have been surprised by these answers. Below we explore the different ways you can be charged with a DUI without actually driving.

The Totality of the Circumstances

It is true that in some states you can get charged with a DUI for not actually operating a vehicle. But there are many extenuating circumstances that need to be considered when a charge like this occurs. The prosecutor will need to prove that the alleged drunk driver was actually in control of the vehicle. But what classifies as “control”? This is when a jury comes in to examine the “totality of circumstances”. A jury will need to hear about a number of different factors that existed when the driver was charged.

The Position of the Driver

The position of the driver is a major determining factor in these instances. A jury will be more likely to convict someone of a DUI if they’re in close proximity of the driver’s seat. In fact, it’s important to know that it’s specifically the ignition that prosecutors use to tie the driver to  ‘controlling’ the vehicle. While these inches here and there near the ignition may seem arbitrary, they can mean a lot when it comes to the jury and the prosecutor’s argument. If an alleged drunk driver is in the backseat, the chances of facing charges are much less.

The Location of the Vehicle

The location of the vehicle can say a lot about the driver’s circumstances in these cases. If you’re charged with being drunk in a parked car in your own driveway, it’s likely that you can avoid a conviction. If a car is parked crooked on a sidewalk a few inches from a mailbox, clearly the chances of being guilty of a DUI are much greater. It’s important to remember that if the car is parked on the side of the road or in a public parking lot, chances are the driver did indeed operate the car while drunk. Since there are endless locations a car can end up in these situations, the results of these cases vary.

The Location of the Keys

Since the keys are the necessary element to start a car, the location of the keys is a very critical detail. If keys are found at the bottom of a bag or in the back seat, this is a positive sign for the alleged drunk driver. If the keys are found in the ignition or near the ignition, the chances of a conviction are much higher. One new factor that challenges this portion of the argument is how a car can start. Newer cars might have keys that only need to be near or in the vehicle to start it. In these cases, it’s more difficult to determine the intention of the driver.

Was the Engine Running?

Of course, if a car is powered on and the engine is running, this commonly points to a guilty DUI verdict. However, this specific factor goes hand and hand with the position of the driver. For instance, if it’s an abnormally hot night and a driver has fallen asleep in the back seat with the air conditioner running, this could help in the defense argument. If the driver has fallen asleep in the front seat with the car running, this is a different story. While you can’t always be charged with being drunk in a parked car, you most likely will if the car is running.

Was the Driver Awake or Asleep?

In some states, you need to be awake to be convicted of a DUI. In every other circumstance, it’s something that simply needs to be discussed in front of a jury at a trial. A jury will always want to know the state of consciousness at the time of the arrest.

Many people believe these situations are DUI myths that only happen to a few people in random states. The truth is thousands of people all over the country have been charged with being drunk in a parked car. If this has happened to you, it’s important to call a DUI defense attorney as soon as possible. A legal professional can explain your options and guide you through the defense process.